Making His Merciful Love Visible in the Classroom 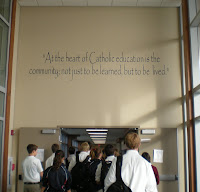 Catholic Schools Week is well underway. A time to celebrate the amazing gift of the formation in the faith that students receive in Catholic Schools across the United States. It's also a time when it brings to my mind a strong reflection on the Providence of God in our American Province, Saint Elizabeth.

Our community's first solid apostolic work in the United States was health care. Saint Anthony's Hospital and the Mother of Good Counsel Home were, for many years, our sole apostolates. We had a few Sisters involved in education through the 1960's and '70's, but it was not until the early 1980's that God saw fit to expand our apostolic work in education.

Many schools at the parish and diocesan level were in need of religious. Mother M. Ingeborg discerned that it was time to train Sisters specifically for education. Nearly thirty years later, approximately one third of the Sisters in our Province serve in education. We work at all levels, from daycare to university. 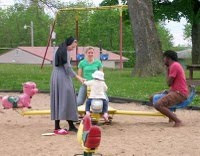 We serve in parish, diocesan or private schools. Unlike many communities, we do not have "our own schools;" we serve the needs of the Church in her educational mission through schools that have already been established. Always a minority on the staff, we show forth the merciful love of Christ through our service as administrators, teachers, professors and aides. I remember one priest said to Mother, early on, "I don't necessarily need a Sister to teach. If she could just come and be in the school." 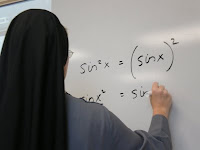 Recently, Archbishop Naumann specifically reflected on what we do as Sisters in the schools. In his column, he wrote about the various religious communities in the Archdiocese. About our Sisters, he wrote:

"While it is true that others could have been hired to teach the math, Spanish or even theology classes taught by the Sisters, no one else could give the students at St. James Academy the powerful witness of complete trust in Jesus and his Gospel that is the fruit of the radical faith of consecrated religious women."

It is His merciful love that we make visible in our service...then we teach.