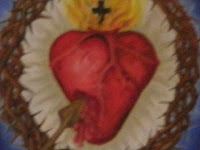 While here at FOCUS Training, I joined one of the women's college's (small groups) as they met last night.  They decided to bake brownies for their brother college.  First, I observed how the women were docile to each other and worked as a team to bake the brownies.  One of them gave directions and the others jumped in joyfully to do the various tasks.  In no time, the batter was in the oven baking away, giving off a delicious scent to all who walked through the cafeteria.

The men of the brother college joined us at the end to receive the gift made for them.  Smiles were brought to their faces as they realized they were being given a gift.  As we simply enjoyed the treat together, one of the women told me that even some of the men who were health conscious were eating them.  Earlier in the day we had heard a talk about "Honor".  I responded by saying, "They are receiving the gift by honoring us by eating it."  Yes, even if they are health conscious, they are displaying charity and honor by simply eating a brownie.  And who would have thought that virtue could grow through a brownie!

Many times it is in the small things when we die to self for love of others.

Anonymous said…
Was this written by Sr. M. Karolyn? It sure sounds like it! My prayers are with all the Sisters
Saturday, June 30, 2012

1 Franciscan Way said…
No, this was not written by Sister M. Karolyn, but thanks for the compliment! Thank you for your prayers!
Tuesday, July 03, 2012