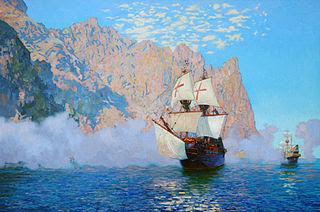 In his “Treatise on the Love of God,” St. Francis de Sales recounts a memorable story about a queen boarding a ship with a king. When asked where she was going, the queen replied, “I do not know. It is enough for me that I go with him.”  Twenty-four years ago, I said “yes” to the invitation to follow Jesus into religious life. It is good that I did not know where I was going, because I might have objected that it was beyond me. He never gave “stockpiles” of grace for months or years at a time, but always enough for each successive present moment. In this way I began to learn to trust Him more. This is a grateful reflection on my journey with Him.
Growing up in an intensely Catholic and Polish family on Milwaukee’s south side, Jesus and Mary were a very real and important part of my life. Grandpa Francis had a truly contemplative spirit. We used to sit on the porch steps in the evening, gazing at the stars and speaking about eternity. These moments planted a deep sensitivity to the Lord in my young heart. My great aunt, Sister Stella, radiated the great joy of a soul espoused to Christ in religious life. When I became aware of that a Sister was “the bride of Christ,” I felt certain that Jesus was calling me to religious life.
My teen years held many distractions. At one point, I was sure that I would eventually marry my boyfriend and have at least ten beautiful children besides a career as a violinist. At the end of high school, life was externally successful but inwardly desolate. Despite numerous academic and musical awards, bright career prospects, good friends and romance, a gnawing emptiness grew inside. I tried to avoid being alone or in silence, because those made me more aware of the emptiness that I failed to admit.
During a retreat after freshman year of college, the idea returned to me forcefully that I could never be completely happy unless I surrendered my life completely to Jesus and followed Him into religious life. I fought the idea vehemently and clung to the plans I had for my future. The more I resisted, the more intense the idea became. During all night Exposition of the Blessed Sacrament, I fought the Lord and offered many objections. Each one was answered by a response from Scripture or other readings. When I protested that I had wandered too far and was not “good enough” to be a religious, someone read the passage, “Come to me with your imperfections.” When I told the Lord that I absolutely could not give up my boyfriend, the reading was, “Greater is He than any other lover.” Sometime around 2 or 3AM that night, I finally surrendered and said, “Yes, Lord. Whatever you want, I will do.” An indescribable peace followed. I have never regretted that “Yes.”
Religious life has held many adventures that could never have been anticipated. From door to door evangelization in St. Louis to a mountain top outside of Assisi, I often found myself in places or situations that I could never have imagined. It seemed a manifestation of God’s sense of humor that I was assigned after first profession to teach K-8 music at a school in Alton, since as a violin performance major in college that was the last thing I ever wanted to do. After about 19 years of teaching there, I loved it so much that I cried buckets when I was transferred to teach violin at a local community college. There have been many challenges- health difficulties, the sudden loss of my father to cancer, spiritual struggles, leaving the school and children I deeply loved. Through all of it, He was with me though He often hid Himself. There are days when the morning bell rings at 4:35, that I say, “Jesus, I wouldn’t do this for any other man!” Even though change was very painful, there have been new gifts such as the beautiful families and students I have come to know in my new apostolate.
When I was younger, there seemed to be many spiritual lights and ideas that I wanted to share with others. As I grew older, I found that many of the joys and sorrows of life were beyond words, and I had less profound thoughts to share. However, it was always a joy to share the story of my vocation. If anyone who is reading this who has experienced God’s gentle but persistent call, I urge you to “go with Him” wherever He leads you. You will never be disappointed!